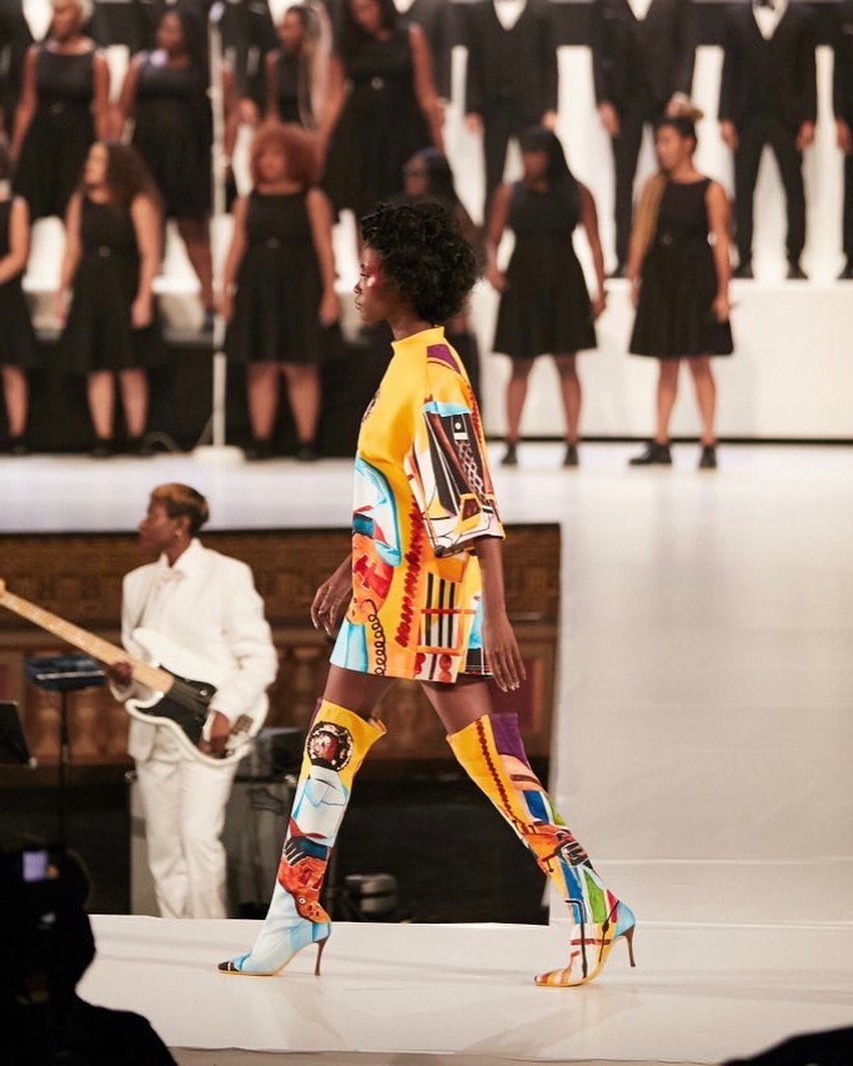 PLACISM BEYOND RACISM: IS THE @PYERMOSS TABERNACLE DRIP CHOIR DRENCHED IN THE @BOF?

PLACISM BEYOND RACISM: IS THE @PYERMOSS TABERNACLE DRIP CHOIR DRENCHED IN THE @BOF?PROLOGUE_It’s not about accolades, it’s about authenticity. @Kerbito spoke for and on behalf of what @DapperDanHarlem had always fought for. @Gucci’s #MarcoBizzari + @Alessandro_Michele banked on the cultural appropriation post-indignation. @BoF’s @ImranAmed just did it to the “rookie” by dismissing him of the #Bof500 cover dissing in the process ethics of journalism. Covers are decided when you reach out to a persona and explicitly elect them as your sounding board. The real question is: what if #KerbyJeanRaymond got to be on this #bof cover? We might have missed an opportunity to read a piece from him where commonalities against cohesion on societal issues were denounced and where interrelationships against infrastructure were exposed. The fashion system is still not at all equipped to embrace communities without prejudices only to treat them like $cene$. His dear friend @AuroraJames said it elegantly “I don’t have an industry, I have a family”. Kerby played nice and open, even he had to bend to the conniving methods not the convinced-for-cause ones out of respect for peers to speak, from an insider bench, heck trenches, about his community. Instead, he experienced the “reste à ta place!”, a vicious, quietly violent and intellectually degrading placism way more toxic than open racism because it robbed him from an on-the-spot contrarianism. I've seen lots of communities struggle to hold diverse opinions and ultimately settle on squeezing out calls for nuance. Praise the lord he did not. He spook up after tears crippled his community and his dignity in a fête foireuse. He had one more time a bad taste of a cunning fashion society à Paris. Now #ImranAmed, a “brown and gay“ as he wrote from an Indian descent, was happy to be adopted and absorbed until he dissolved as a “one of them” by the white system of fashion, never contemplating that the very blog he started out of #Toronto, could have championed, diversity when he became successful, by promote-in real #affirmativefashion. _#ALESSANDROBERGA | L’ÉDITOR#PARIS #MODEDIPLOMATIQUE