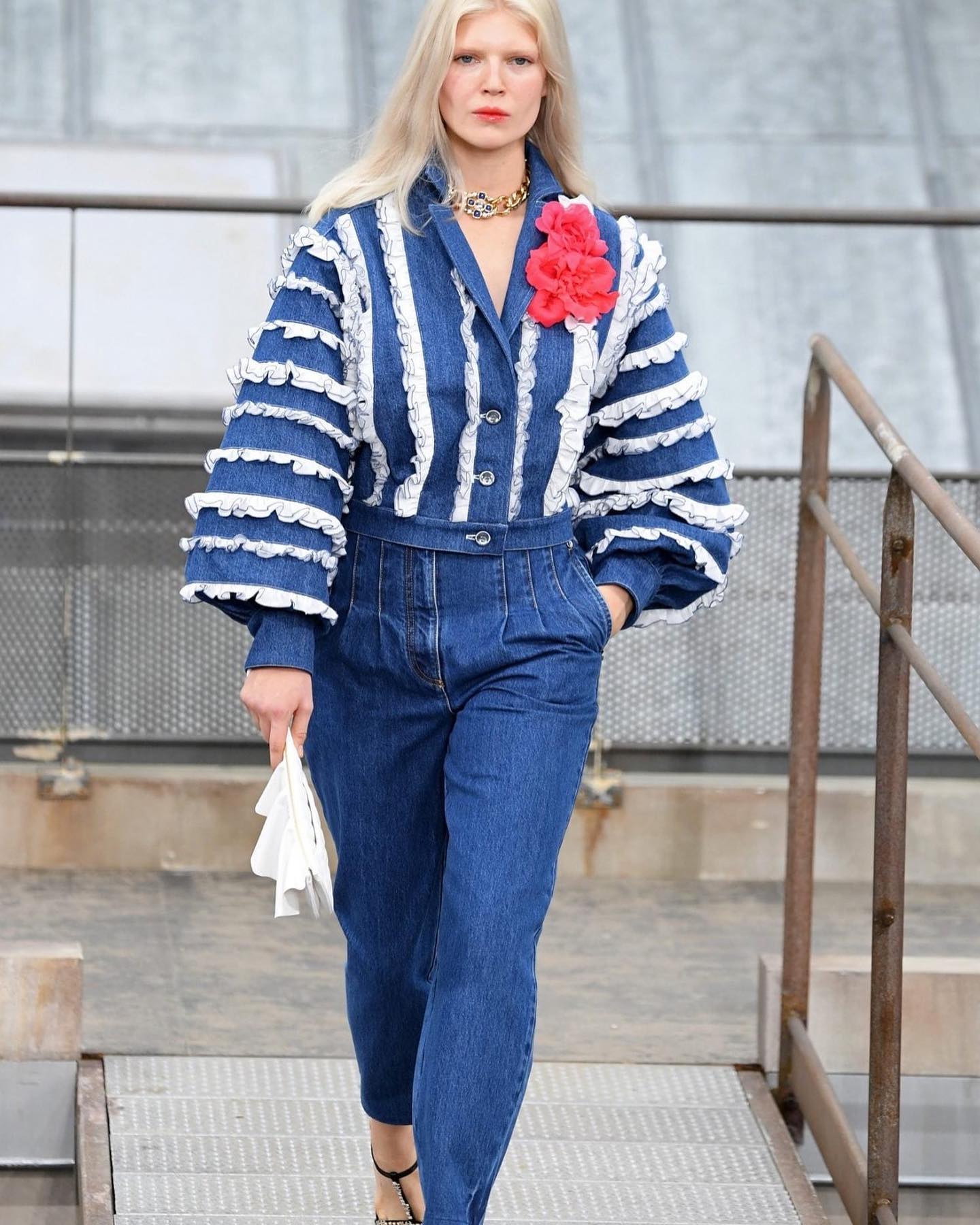 CHANEL D’ELLES_Now that the hype is dying a little. It’s time to say it. I suggest someone capable d’imaginer @chanelofficial. #VirginieViard’s by the book just isn’t cutting it. I want the woman to be successful because she took over one of the toughest legacy jobs in the fashion business. But her gourgandine coincée in this #SS20 Parisienne is not what Gabrielle had invented. #CocoChanel obsessed over being her-self of what will happen and went for it where her imaginaire defeated codes. So did #KarlLagerfeld. I will be taken for a mad but I believe @pppiccioli’s narrative is at its epilogue @maisonvalentino. I sense an essoufflement since a year. It’s subtle but look closely, his strong affirmation post-2017 is fading. Promoting inclusivity, diversity and humanity of his wonderful ateliers is noble – #YSL did it but did not let define his maison. It was done en filigrane. In the case of #PierPaoloPiccioli, it’s genuine and commendable that societal principles and commercial profit coincided with his personal creative credo: his collettività vitae started as an acclaimed parenthèse is drifting into a norm. It’s not Valentino. Time to change. Why not chez Chanel à la Gianfranco Ferré de Dior? I even contemplate a duo with @bouchra_jarrar, where her sartorial sublimé français will drape his romanticismo italiano sophistiqué for a nouvelle #Chanel. Et Virginie Viard? #Valentino is not a bad idea or ultime folie convincing #ChristianLacroix. The “après moi @realMrValentino le déluge” would approve both. #SarahBurton keeps harping on one idea: imagining #AlexanderMcQueen. Ireland inspired a poetic runway where a 300-year-old beetling couture whispered timeless modernity. And @demnagvasalia keeps refining one idea: a Nová vlna stylistic dramaturgy defying soviétisés of the Komsomolskaja Pravda. Where @Balenciaga fits? In #DemnaGvasalia’s open imagination to Cristóbal’s maestria. Imaginations not homages distinguish fashion houses. At the end of this #fashion month where @louise_trotter_ René démesuré @Lacoste was my favorite, a neo linfa is to be needled. Démesurées. D’Elles._#ALESSANDROBERGA | L’ÉDITOR#PARIS #PFW #MODEDIPLOMATIQUE