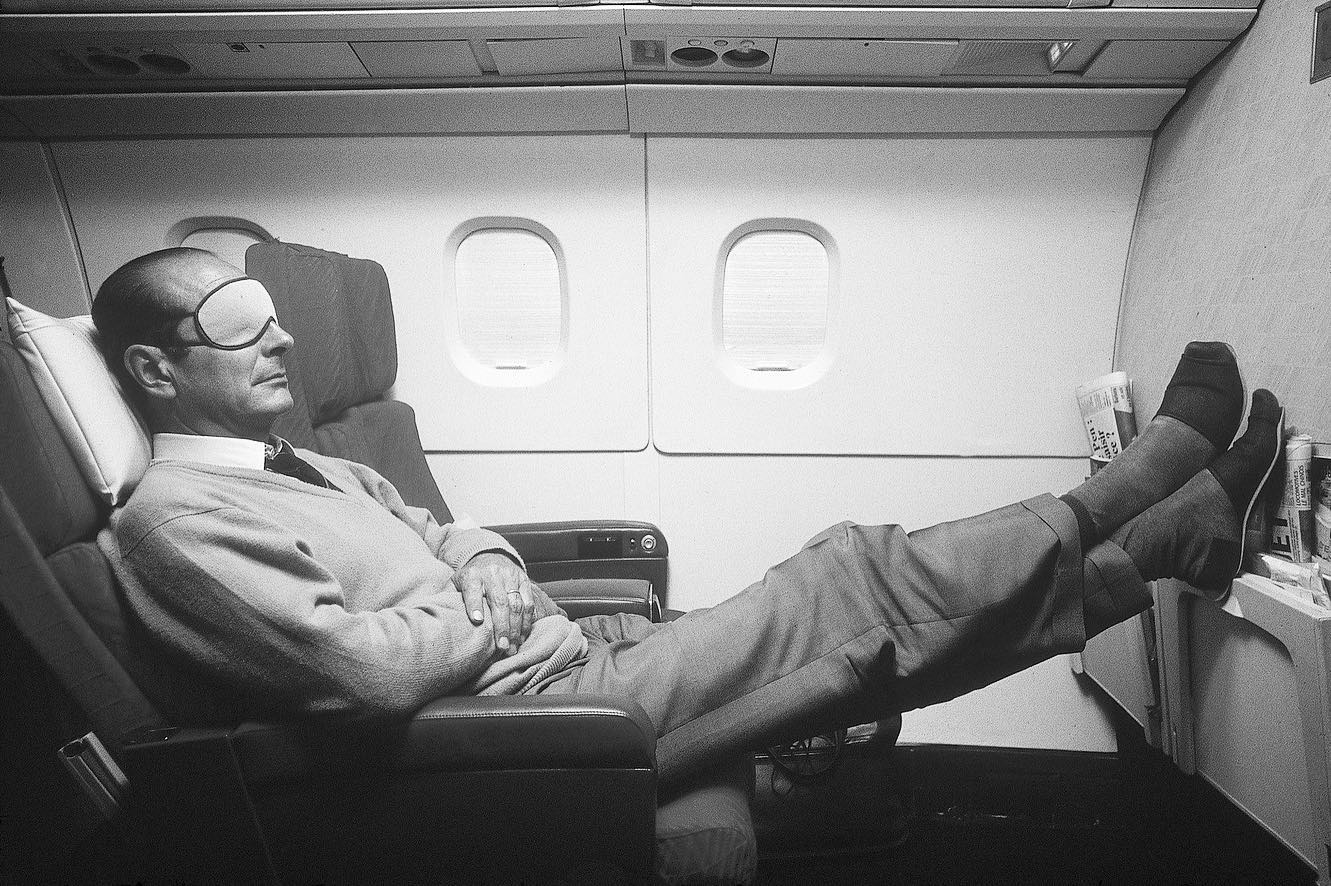 MY CHIRAC_“On greffe de tout aujourd'hui, des reins, des bras, un cœur. Sauf les couilles. Par manque de donneur.” #JacquesChirac, RIP . Gaulois and Goliath, his quote sums it for the state of fashion today. We are seeing it all but “balls” of clothing creativity. He travelled with style as #JackGarofalo’s lensed it in the Concorde on his way to Nouvelle-Calédonie back in 1987. That 1987 when #Patou’s fashion house closed its doors only to open them today with #GuilaumeHenry. One door closes. One door opens. The @Patou woman is an approachable woman just like the #Chirac man was an approchable politician. I remember the February 2002 #ParisMatch cover with de Villepin at the Elysee Palace: “Les Guerriers de la Paix”. The duo defended Hans Blix’s credibility and UN legitimacy. It was one year before, on February 14, 2003, in front of the members of the United Nations Security Council, Dominique de Villepin opposed on behalf of #France to a military intervention in #Iraq wanted by the American president George W. Bush in a historic speech. I still hear the uproars and the applause. Shrivers. My second stylish moment of President Chirac was with Bernard Pivot, the legendary Apostrophes’ host, at The City Hall. I miss Apostrophes. It was a live, weekly, literary, prime-time, talk show on French television. It ran for fifteen years. The former president, who dreamed of being an archaeologist, was an erudite in ancient cultures. He bluffed Pivot. President Chirac is the musée du quai Branly, a museum of "Arts Premiers" or rather "Arts Lointains” term of art critic Félix Fénéon he preferred. Chirac's passion for Japan was unbound. He also had eyes for sumotoris, whose rituals and rules so impressed him that all French ambassadors to Japan telexed him #sumo results. When Prime Minister, Jacques Chirac decorated RIP #GianniVersace, in 1986. He was a foodie, a dandy, a charmeur, a sophistiqué, and a political rikishi but mostly a quintessential Français. Groomed by his ever classy mentor President-Poet Pompidou, he led a life of style and substance. Mes condoléances à la Première Dame, sa #BernadetteChirac._#ALESSANDROBERGA | L’ÉDITOR#PARIS #PFW #MODEDIPLOMATIQUE