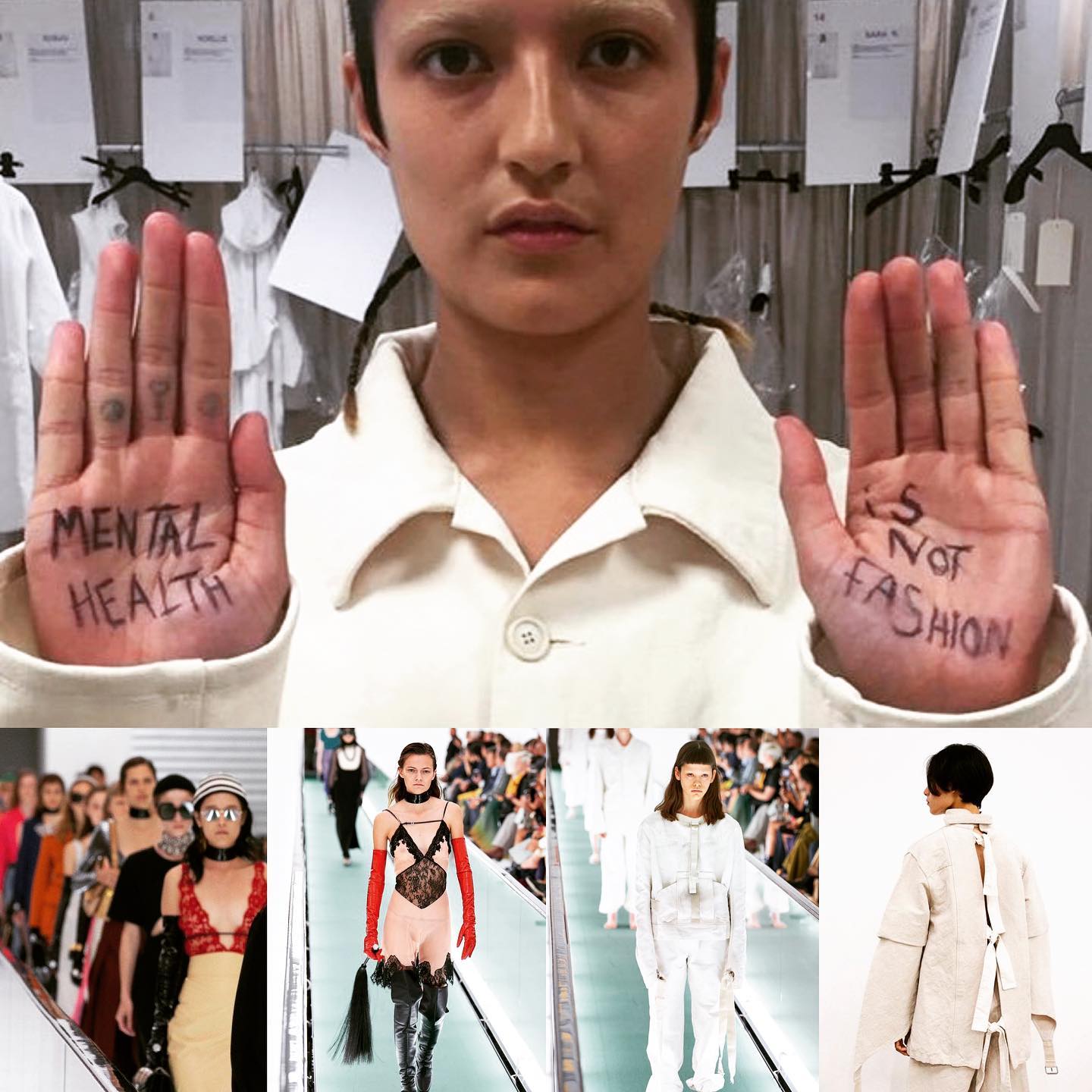 GUCCI CLINIQUE. VOGUE CYNIQUE._“It’s no exaggeration to say that as a designer Michele is among the most influential forces in fashion—if not the most influential force.” @nicolephelps -You really wrote this. Shame on the false critique disguised in praise. The so-called creative force is a creative furbo. Copy pasting left and right. From his début when he banked on Carol Lim and Humberto Leon’s animal-tiger revivals @kenzo to @hedislimane’s brand-to-bank savoir-flair, dropping by Jean-Claude Ellena’s bio L’écrivain d’odeurs to name it Mémoire d’une Odeur, @alessandro_michele hare not to dare. This #SS20 is at its worse a piece about the millenials. The real cray is money spent by millennials on Gucci. Referencing Michel Foucault’s biopolitics tonight, #AlessandroMichele keeps cueing a fourre-tout on extravagance, self-aggrandizement & faux-intellectualism. All summarized in the nauseating and vulgaire and probably premeditated prélude on #mentalhealth to introduce his collection. Cultural and immoral appropriations are the new Noir of #fashion strategists to milk money out of any-scandals, see #Dior, #Prada, etc. Not one mention on mental health in your coverage Nicole? Only to wash-your-hand quoting the note “feeding indispensable self-determination skills.” Did you see self-determination in 21 bonding uniforms? @AyashaTanJones called it”MENTAL HEALTH IS NOT FASHION”. Your pen, your Vogue, left her, a woman, alone. You are entitled to your opinion but when it is biased it insults readers and industry. The runways of Alessandro Michele are self-indulgent, overrated crap made of unsettling displays of unwearable misdirected creativity and unbearable borrowed extravagance. For what? Omologazione-for-the-fame famished. His acculturazione doesn’t build beauty; it tears it down, drags it through the dust. And you, Nicole, hammer that crap down our throating minds abiding by “a power that legitimizes only some existences, confining the others inside a regime of containment and/or invisibility” as in #Gucci’s note. Unfashionable. That’s an adjective for you._#ALESSANDROBERGA | L’ÉDITOR #MILANO #MFW #MODEDIPLOMATIQUE