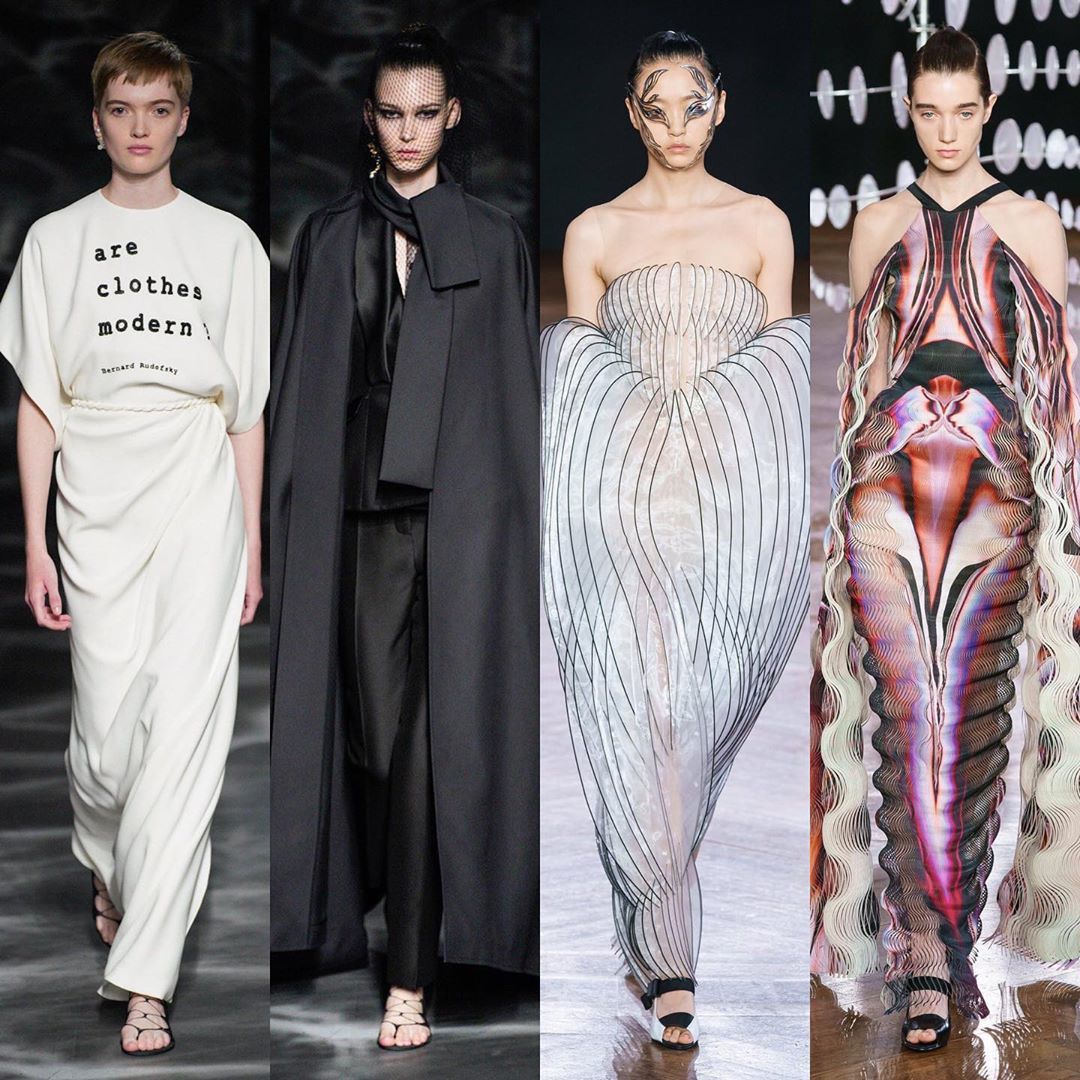 #MariaGraziaChiuri keeps continuously and creatively confirming being erratic about the heritage of a house with such high prestige and impact. #Dior Haute couture AW 19-20 was disappointing. Some pieces kept the original Dior cuts and I liked them, but as a whole the collection didn’t say anything. The almost all-black palette she used was a dejà-vu but I guess it was to be expected because of the funeral fashion total black theme? It felt dull and off like as she did this just to move on to another topic. It wasn’t innovative and yet it wasn’t the same since Ms. Chiuri seems that she can’t find her own style within the brand. How does she keep doing it? Since the departure of #JohnGalliano, Dior the house of timeless élégance and provocation has muffled taste and bravado. It’s a (creative) shame in my (couture) purview. But hey the maison sells endless handbags right? so who cares about Christian Dior’s aesthetic esprit de femme fatale (or féministe)? “Are clothes modern” asks Bernard Rudolfsky’s from his 1947 show at MOMA #couture which she used to open her show. Not Dior’s is my answer.

_
HYPNOSIS is (another) AW 19-20 Haute couture show where #IrisvanHerpen aims to hypnotize the look: technology, art, man vs machine. This kaleidoscopic binary use leaves me perplexed because its infinite permutations keeps muting its finite inspirations into the same femme-fractale. Every collection keeps replaying that binary where the sublime is not a surprise anymore unless you like wearable sculpture made from magnets, umbrella tines, and resin piped through a hot-glue gun. Iris van Herpen is a burgeoning master of special effects. She’s collaborated with biologists, computer programmers, and material scientists to create pieces that feel more architectural than sartorial. My perplexity? when I think of Galliano at Dior or her intern-mentor Alexander McQueen, I realize how they sublimed the sartorial. But most of IVH’s clothes still feel like an “excuse”. In the end, #Fashion is de gustibus game where Ms. #Chiuri and Ms. #VanHerpen are parts of the same rebus: l’anti-sublime.