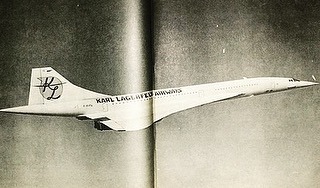 The #KarlLagerfeld’s legacy to the world fashion design is due at least to three things. First of all, he in practice showed how is right the French thinker #JacquesDerrida, when he affirmed that the creator is condemned to repeat the history until he reaches his true and than destroying to the ground the tradition, he creates the new. The designer learned perfectly the most important from the heritage of #Chanel, without staying in its shadow, but listening to the rhythm of this day and answering to the needs of the modern and of the postmodern women. Second, Kaiser Karl proved that to be big professional and to create a great name, you have to be a widely cut intellectual, to know in details the other arts and to find their relation with the fashion in new creative way. Third, the whole creative of Karl Lagerfeld argues the thesis that fashion is field of the new, of the original and of the interesting; of the amusing and of the unordinary; of the beautiful and of the changeable. Et la Femme? To understand his concept for the #woman, we have to enter into his arguments about her future: ”During the next 1000 years she will continue to surprise us with her rush in the development. I don’t see her like housewife, although some people want very much to give her back in the kitchen. The first woman – Eva, hasn’t sin to rest her followers the eternal Adam’s rib, but to shorten until they completely erase the difference between the man and the woman. In this sense I foresee a permanent development that will be reflected in her appearance and in her wardrobe. She will rise, but she will be spoilt, courted and defended by us – the designers, because we all are still playing at dolls… And the woman is the most perfect doll that I have dressed with delight and admiration”. “Getting an audience is hard. Sustaining an audience is hard. It demands consistency of thought, of purpose, and of action over a long period of time.” said Bruce Springsteen. That’s Karl Lagerfeld unrivalled vain quest to his diverse audiences. He was the flying #Concorde of fashion. Supersonic. Super. Sonic. Adieu 🌹
_