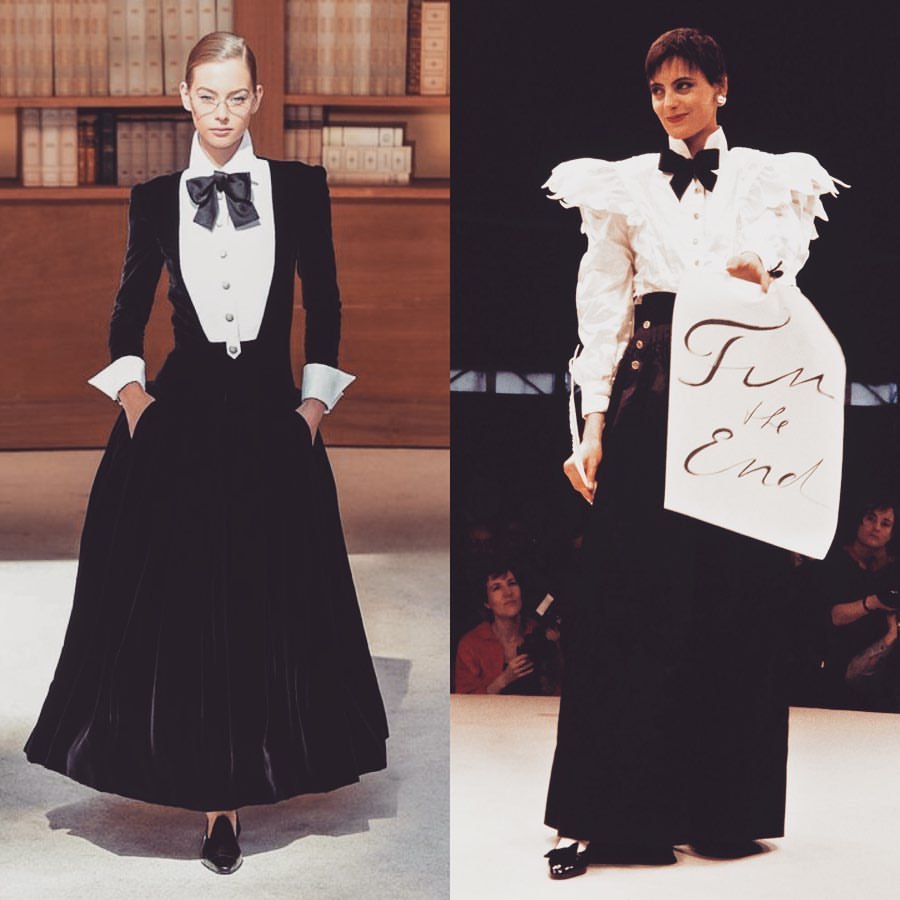 VIRGINIE VIARD.
BETWEEN BILL GAYTTEN AND ALBER ELBAZ
–
PART IV
_
How a couture house might fare, creatively, without a super-ingenious couturier able to apply creativity and aesthetic sensibilities to fashion challenges? In the world of immediacy and self-celebration, that means combining an appreciation of the fashion with an understanding of invention — connecting artistry to audacity, poetry to panache. Chanel should not be afraid and avoid Dior’s creative égarements with #RafSimons and #MariaGraziaChiuri even if they promoted from within. With #VirginieViard in charge, #Chanel will remain unchanged in the future. Realism on my part. ‪Because if “Viard’s won’t be a revolution but an evolution that brings it back to that envisioned by Gabrielle “Coco” Chanel”,‬ I believe Bruno Pavlovsky, Chanel’s president of fashion may contemplate revisiting Karl’s strategic not fashion legacy by bringing in a designer who can lay down an aesthetic vision for the next decade.‪ ‬Someone who could stand at the intersection of trends and transfigurations. ‪In that regard, besides any taste judgements, the choices of #DemnaGvasalia and #AlessandroMichele to disrupt creatively #Balenciaga and #Gucci are highly commendable and commercially viable. While Viard’s ‬permanent-interim may‪ now seem confortable, it ‬will harm in the long run the staggering hype-and-creative equity the German-Gargantua built for years because she will “never (dare to) like the idea of doing things she is not supposed to do.” Instead of nodding to Karl’s love of books with a decor-homage today, why not have staged les appartements des Mademoiselle Chanel? Since her collection was about un retour aux sources Coco, not much Karl. Viard panned both. It was a moment to mark a rupture, that Karl himself would have applauded, it missed an opportunity to be original and originel – Who said an evolution has to be quiet? Mr. Pavlovsky, one designer can reignite Viard and the whole maison’s joie de vivre; a coqueluche, loved, bankable, and mostly a couturier who brought forward the Jeanne and the Lanvin with finesse: @AlberElbaz8 #AlberElbaz.
_