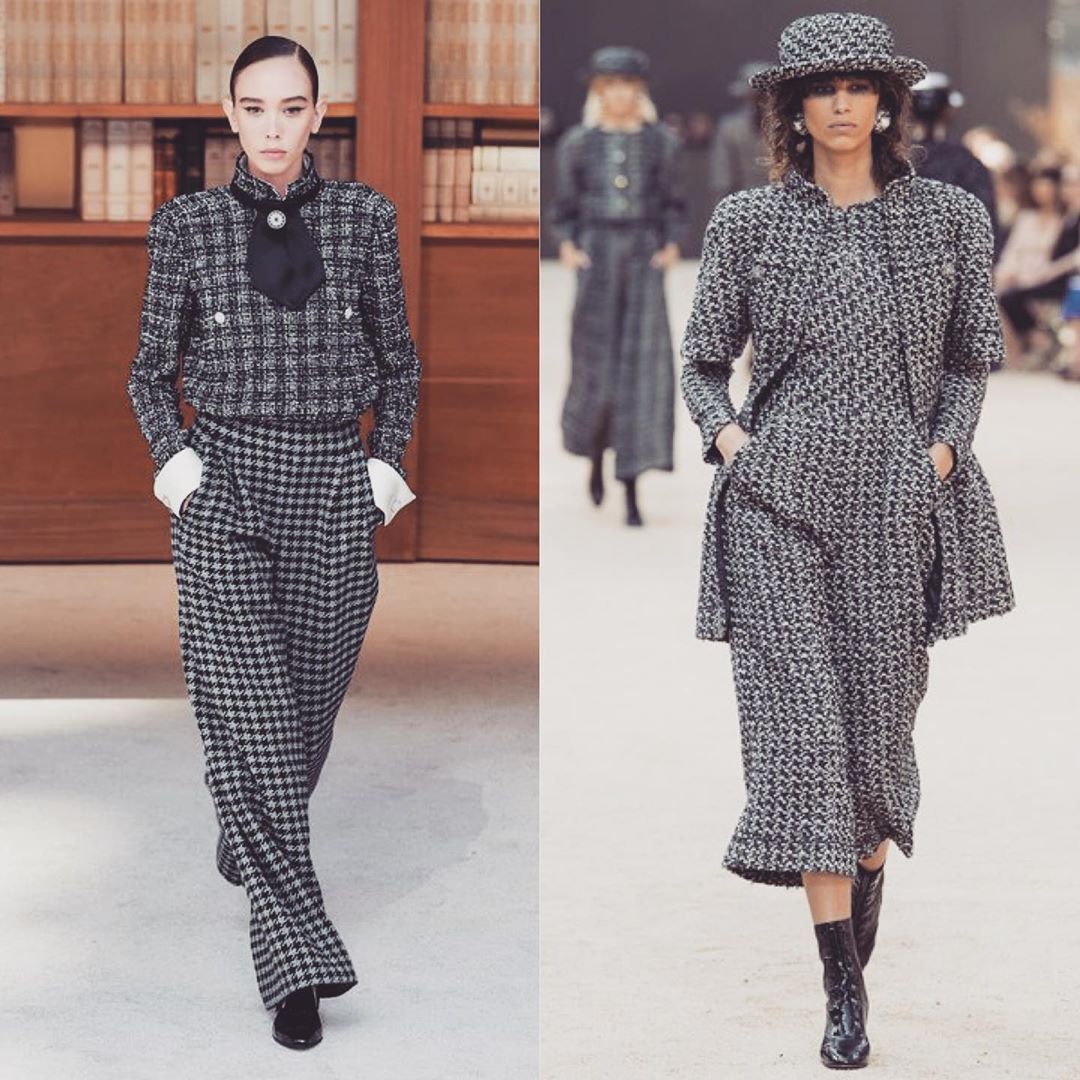 Her first #hautecouture show today convinced me today that #VirginieViard is still grieving her mentor, living in his shadows. It was not about an in-house designer attempting can-do reinvention. Rather, it telegraphed to me interim status, and in haute couture, interim does not fare afar. With all due respect, I believe she lacked the imaginative genius to make the full creative leap at the core of the future #Chanel woman. Why do I assert it after her première couture? Because for 30+ years, she was not initiating #Lagerfeld’s fashion opportunism but receiving it. Mind you, #Viard is without doubt one sort of a Meilleure Ouvrier de France (de Fashion) so to speak, in that she keeps being inspired by the values of excellence, transmission, humility in making collections come to life with the ateliers and the Métiers d’Art houses. But it stops there. Today, hers was a mise en place of Chanel’s androgynous silhouettes: feminine, fluid and subtly féministe. Viard revisited indeed most of the classic staples while inverting interpretations: when it was a skirt, she made it a high rise pants, when it was tailored, she made it relaxed. This #AW1920 came short on the inimitable immaculate Chanel polish. There were Lagerfeld Chanel shapes, Gabrielle Chanel monasticisms, even Karl Coco presque-audacities on tailored jackets en biais but it missed Lagerfeld Chanel mastery-luxury that transported so much of his work, including some of his safest collections, to the land of aristocratic beauty was. Instead, Lagerfeld’s flair for courageous, audacious and dramatic statements were replaced by a collection of conventional wearables: Coco-cozy Chanel–comfy clothes for winter, having longer lengths, and maybe sexy. I found myself thinking of #IsabelMarant’s casualness and bohemian-sartorial flavour. A weird vibe watching Chanel. Which bring me to why the management’s maison might have overlooked the #BillGaytten’s syndrome in promoting Viard as CD.
_